Motor racing is about entertainment and the pursuit of engineering excellence.

We also know that it is dangerous. Death is the dark side of the sport we love.

Thankfully fatal incidents are becoming fewer and farther between. The previous death at a Le Mans meeting was in 1997, when Sébastien Enjolras was killed in a pre-qualifying session. For the last fatal accident during the race itself you have to go back to 1986.

But that does not make it any easier when it happens. You will never make an activity like motor racing totally safe. But every accident is an opportunity to learn how to make it safer.

It has been a difficult week at Le Mans. There have been series of big accidents throughout the week. Each of the three qualifying sessions were red flagged. So much track running was lost as a result of heavy accidents that the third qualifying session was extended to make up for the time lost in the first two sessions.

In the aftermath of Allan Simonsen’s fatal accident, it is suddenly all too easy to see the potential safety problems in parts of the Circuit de la Sarthe. Much of the track is lined with flimsy armco barriers, many of which have trees right on the other side. Most of the red flag and safety car time this weekend has been spent repairing barriers that have been penetrated by racing cars.

There was another heart-stopping moment when Tony Burgess’s Status GP Lola B12/80 crashed into a concrete wall at speed. It ripped off the rear of the car, which then briefly caught fire. It was a big relief to see Tony Burgess walk away.

I am not an expert on circuit safety by any stretch. And you can never make racing 200 mph cars totally safe. But I hope that the ACO and the FIA will learn the lessons from this weekend’s incidents so that the risks can be minimised. 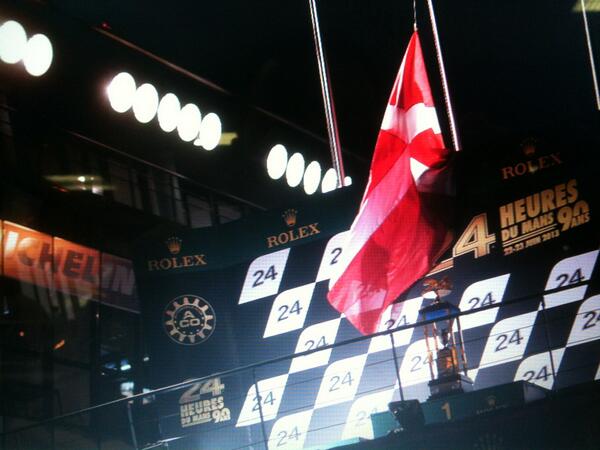