Chronically late, but better than never, here is the first part of my top ten albums of 2012. 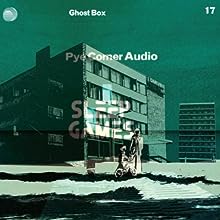 There may be fear in some quarters that the Ghost Box record label’s ethos is running out of steam, but Sleep Games is a worthy addition to the collectible roster.

There are all the usual Ghost Box signatures. Whether, several years after Ghost Box formed, that is still a good thing is up for debate. For me, the vibes are familiar, but they are still good. 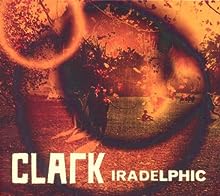 I find Clark slightly frustrating to listen to, because I feel like he hasn’t quite fulfilled the potential that was hinted at in his first couple of albums over a decade ago now. However, his music is usually still very good, particularly when he surprises.

This time the surprise comes in the form of acoustic instruments and even singing playing a larger role. This draws particularly fine results with the swirling Secret, sung by Martina Topley-Bird. 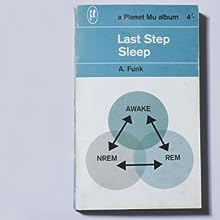 The description on Planet Mu’s website tells us that Sleep is “a collection of compositions that [Aaron] Funk recorded quite literally as he was falling asleep”. Hmm. Whether you buy the spiel or not, there is no doubt that it’s a fine album.

Aaron Funk is better known as Venetian Snares, typically associated with noisy breakcore. Sleep is more sedate. Not that his breakcore work is bad (far from it), but this is a welcome change in direction.

With a heavy use of analogue synths, Sleep is to Venetian Snares as Analord is to Aphex Twin. And if you are a fan of anything I mentioned in the last sentence, I would definitely pick up a copy of this album. 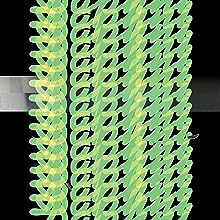 I was not quite sure what to expect from this album, a side project of Dan Snaith, most famous as Caribou. I was surprised and delighted to be presented with this bouncy, housey album.

Get your glowsticks out, because this album is focused on fun. And quite right too. 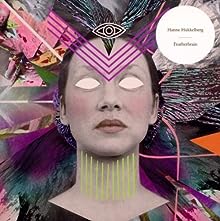 I think Hanne Hukkelberg is fantastic. She has a rare ability to be experimental without ever making it seem like a gimmick; without ever being pretentious.

Part of this is probably down to her amazing voice; the honesty of her singing. Most of these songs would probably work a capella. But her adventurous instrumentation and inventive production take it to another level.

It is a scandal that Hanne Hukkelberg is not more well known.