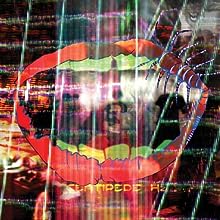 Animal Collective always seem to be a band that try too hard to be odd. But along with all of the odd noise-making and wacky singing, there always is something that elevates it above mere weirdness. Flashes of great melodies. A brilliant hook that goes as soon as it arrives. It leaves you wanting more, and cherishing what they have brought.

You can tell that, if they really wanted to, Animal Collective could be making legendary chart-busting pop tunes. Instead, they keep it otherworldly.

The tracks on Centipede Hz are strung together by a strange kind of noise that is supposed to resemble radio interference, with samples of radio jingles to complete the effect. Animal Collective pull off the trick better than Queens of the Stone Age, who overplayed it. 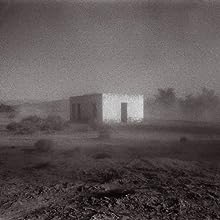 This definitely counts as the best surprise of the year. Many, including myself, thought that we’d never hear another album from Godspeed You! Black Emperor again. They took a ‘hiatus’ at almost the height of their powers in 2003.

You can never tell how an album is going to turn out when it’s been ten years since the last one. I was prepared for ’Allelujah! Don’t Bend! Ascend! to be a disappointment. Far from it. This album sees the band as powerful as ever.

If I were to have one criticism, it would be that the album climaxes too early. Opening track Mladic is easily the highlight of the album. The three other tracks are also great, but ultimately lack the force of Mladic, leading the album to peter out a bit. 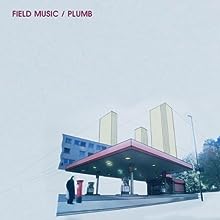 I have been a big fan of Field Music for a long time now. They have never got the recognition they deserved. Their friends, Maxïmo Park and the Futureheads, came into the world with a bang and have gradually faded away from consciousness. Field Music have done the opposite, rising slowly from obscurity and going from strength to strength.

Plumb is a remarkably assured-sounding album. It is brave and confident, and Field Music have never sounded better.

The band took an interesting approach of including some very short songs, the shortest being just 41 seconds long. These are ideas that the band couldn’t form into longer songs. Other bands would try to string them out. Field Music’s previous album, Measure, probably suffered from this (it is a double album that is crammed with great songs, but somehow outstays its welcome).

But the tactic of embracing these ideas for what they are, even if they are too short to be traditionally accepted as a song, is what makes the album so strong.

The subject matter of the songs is also refreshingly down-to-earth. Field Music generally scrape on by making a living through music, so it’s authentic too. My favourite song from the album, Sorry Again, Mate, is about being late for work. It absolutely hits the spot. 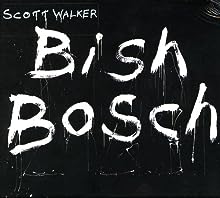 Scott Walker is pop music’s most extraordinary and uncompromising figures. Bish Bosch continues in the same vein as his previous album, The Drift. The main difference is probably that Bish Bosch comes with more of a nudge and wink — from the pun in the album’s title to the inclusion of fart noises in the second track, Corps De Blah.

I find it difficult to know what to make of Scott Walker. He mixes the deeply serious, and the seriously disturbing, with droppings of absurdity. Musically, it is mainly dissonant, but with intense bursts of beauty.

That is probably what attracts me to Scott Walker. I don’t think I get it. But it sure is fascinating. And it sounds like something no-one else ever could. You’ve got to cherish artists like this. 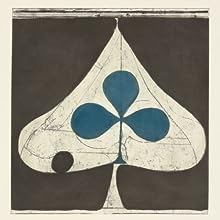 How do you make the same old set-up — vocals, guitars, drums, and (if you’re really lucky) keyboards — sound fresh and original? When a band cracks it, the results can be spectacular. Grizzly Bear are one of the few that achieve that.

Grizzly Bear’s music is a fresh take on rock music. But while being fresh, they avoid being overtly experimental. Grizzly Bear aren’t an out-there band. There are no gimmicks. Their success rests on their great songs.

I had the great pleasure of seeing Grizzly Bear live in 2012, and they are fantastic. If you haven’t discovered them yet, do so now. After four albums, they continue to get better and better, and you sense that they are going to be around for some time to come.