Better late than never, or so I keep telling myself. Another year has passed, and once again I am late with my annual roundup of my favourite music of the year. That won’t stop me however. So even though we are now well into 2013, I hope you don’t mind if I write about my favourite music of 2012.

When I compiled a list of all of the music I own that came out in 2012, I decided I needed to whittle it down to a top ten. So I imposed a few rules. Albums mainly comprised of archive material or cover versions have been culled. But I still want to mention a few of these releases before diving into my top ten.

If you are interested in my top ten albums of 2012, I will publish them soon.

Can – The Lost Tapes 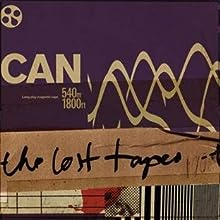 Despite last releasing an album in the 1980s, Can have seemed to remain relatively active. Every once in a while new material of some kind emerges, be it a remix album, a live album, a DVD, or spanking new remasters.

But The Lost Tapes, a mammoth 3CD set of previously never-heard material, tops the lot. This music may have originally ended up on the cutting room floor, but it is surprisingly good nevertheless.

The selection has been curated by Irmin Schmidt, ensuring that the quality remains high. Moveover, the set is beautifully packaged with artwork by Julian House. 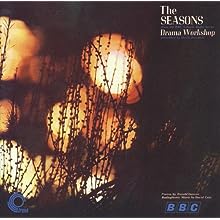 This reissue of the cult 1969 BBC Radiophonic Workshop record is a joy. Creepy poetry by Ronald Duncan is juxtaposed with David Cain’s then-cutting edge electronic music. It is a potent combination.

On a blind listen, you would never guess that this record was an educational tool. Pupils in drama lessons were expected to improvise dances to the disturbing words and experimental music. It’s difficult to imagine today, so shines a light on the culture of the time.

The album is rather bonkers, but utterly compelling. It is an absolute must for all fans of electronic music. 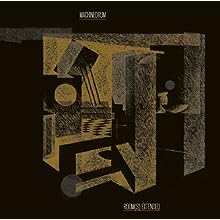 Room(s) was my favourite album of 2011. Building on the success of the album, an extended edition with an extra disc was released in 2012.

If you haven’t heard Room(s) but you like electronic music, I would highly recommend purchasing this edition.

Quinton Sung’s 8-bit version of Radiohead’s Kid A sounds like a gimmick on paper. But listening to it, I found that it is beautifully executed with lots of brilliant attention to detail.

It’s clear that Quinton Sung is a big fan of the original, and he has taken care to stay true to the original while still making it a treasure trove of surprises. It breathes new life into one of my favourite albums, and now I enjoy listening to it almost as much as the original.

What a shame, therefore, that EMI have blocked the release from being downloaded.

Quinton Sung also released an 8-bit version of OK Computer, which is also brilliant. But the original music doesn’t suit the 8-bit treatment as well, and as a result Quinton Sung’s rendition sounds slightly messy, which is why Kid A has the edge for me.