I am a big fan of radio, particularly late at night. There has been some really fantastic radio recently, and I would like to share some clips from a few of my favourite programmes. Most of them broadcast late at night, and all of them appeal to a certain passion for the unusual. 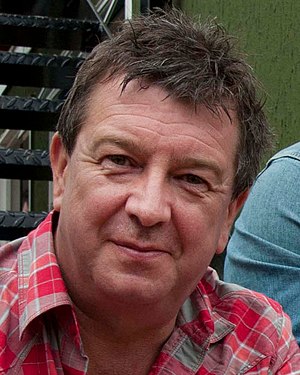 The Freak Zone is one of the most eclectic music programmes on radio. In a world where the word alternative is often used to describe the most bland indie-rock music imaginable, the Freak Zone and Freakier Zone are the home of the truly alternative — or freaky.

A typical edition will feature liberal amounts of prog rock, folk music and cutting-edge electronic music. You won’t like it all, and that’s not the point. But most of it is intriguing.

A late night version, the Freakier Zone, delves even further into the world of the weird and wonderful.

If you listen to any BBC radio it probably hasn’t escaped your attention that they set up a pop-up radio station called BBC Radio 2 50s, celebrating music of the 1950s. 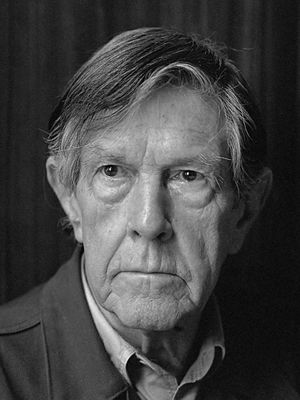 You may not have noticed the special edition of the Freakier Zone dedicated to alternative music of that decade, broadcast at midnight on a Sunday morning. It featured the jazz of Miles Davis, musique concrète from Pierre Schaeffer, electronic music by Edgard Varèse and Karlheinz Stockhausen, and the prepared piano work of John Cage.

When talking about 1950s music, many do not venture far beyond rock and roll. Some of the other ancillary programming surrounding BBC Radio 2 50s gave that impression. But the Freakier Zone provided a reminder that it was a very vibrant decade for experimental music, if you are prepared to venture further.

The following day on the main Freak Zone programme, six times world snooker champion Steve Davis was interviewed about his love of experimental music. I knew that Steve Davis had an ‘interesting’ taste in music, but I had never heard him speak in depth about it. What a joy it was to hear just how good his taste in music is.

There was an accompanying film called Snookerstar DJ, chronicling Steve Davis’s attempt to DJ at the Bloc festival. It is a good watch if you have 10 minutes to spare.

The BBC’s other main experimental music programme is Radio 3’s Late Junction. It has a similarly eclectic mix to the Freak Zone, but with more of an emphasis on new music and classical music.

Last week, Late Junction interviewed another star from a different field with a discerning taste in music — the comedian Stewart Lee. He created a mixtape for BBC Radio 3’s Late Junction.

During the programme he also described the similarities between standup comedy and improv jazz. An interesting discussion, and fascinating mixtape.

Meanwhile, over on the newly (re)launched TalkRadio I have been really enjoying the return of Iain Lee to late nights. I have listened to Iain Lee on and off for about 10 years, and really enjoyed his past work on LBC and Absolute Radio.

But I didn’t listen to much of him on BBC Three Counties Radio. The local breakfast show slot seemed not to be quite the right fit for a broadcaster who made a name for himself with risk taking phone-ins.

He has been sacked from most of his radio gigs in the past, but that doesn’t seem to have inhibited him. Nor has three years talking about hospitals on BBC local radio taken the edge off his style. On TalkRadio at late nights, it seems like Iain Lee has been let off the leash and is on the form of his life.

If you haven't subscribed to @iainlee's podcast yet, we highly recommend you do (especially after tonight's show) https://t.co/JlHTtoYJIE

It’s not just about having a laugh either. Iain Lee is doing a highwire act for three hours every night. You genuinely don’t know what’s going to happen next.

Of course there are the madcap calls from people who just want to have some fun. But more serious subjects have taken centre stage as well, with mental health becoming a recurring theme.

Iain Lee has been at times very candid about his own experiences with mental health issues. One particularly hair-raising moment came when a suicidal listener phoned up to speak to Iain Lee. He dealt with the call with great care and sensitivity.

The lows are low, and the highs are high. A couple of weeks ago Iain Lee phoned up his sister station TalkSport to prank them live on the radio — with hilarious consequences.

Here is how it sounded from TalkSport’s perspective:

And this is how it sounded on TalkRadio:

Last week one show was for new callers only. But regular Barry from Watford flew in under the radar posing as Larry from the Bushey area. It was one of the funniest pieces of radio I have heard for a while.

Whatever you think of Iain Lee’s TV work, there is little doubt that he has mastered the art of radio. His programme is now the most entertaining radio show by a considerable margin.

He knows it too, and he spends portions of his show sending up the bland nature of talk radio at the moment. In his first show he said: