Path dependence in user experience: why it’s OK that phones are different to calculators

Have you ever wondered why a phone keypad is laid out differently to a calculator keypad, even though the majority of the keys on both devices are the same? Chances are you haven’t, and you never even noticed the difference.

An article in Smashing Magazine by CY Gopinath attempted to ‘solve’ this ‘problem’:

Surely both designs could not be ergonomically equal? Who decided that the two devices needed different keyboards? Why? And how come no one has challenged the arrangement so far?…

The answers to this question finally led to my radical redesign of the calculator interface in my app, Calcuta.

In Calcuta, the traditional keypad layout is replaced by a circular design closer to an old-fashioned rotary telephone.

The basis of CY Gopinath’s decision comes from research published by Bell Laboratories in 1960 in the Bell System Technical Journal.

Bell found that a layout closely mimicking the layout of old rotary telephones was the fastest. However, that was surely down to the familiarity people had with rotary phones at the time. I imagine few today would feel the same affinity with the rotary layout.

Bell’s research into the best way to lay out phone keys is fascinating.

It is telling that, despite the rotary layout being the fastest to use, and the second-most popular among participants, Bell decided to steer clear of it back in the 1960s.

In fact, the very earliest keypad telephones had an entirely different layout. It consisted of two vertical columns, with the numbers ascending from the bottom — 0–4 in one column, 5–9 in the other.

Noticing that operators were making a lot of errors using this layout, Bell took a novel approach to improving the design. They gave people blank sheets depicting layouts of ten circles, and asked them to fill in the numbers where they would expect them to be.

With the 3×3+1 layout, 55% of participants placed the numbers in the configuration we are all familiar with today — the most emphatic result shown for any of the layouts. Looking at the layouts as a whole, researchers Mary Champion Lutz and Alphonse Chapanis noted some interesting trends:

It is especially interesting that 0 holds a special place as the different number, placed in the other circle. It reserved for the bottom in both calculators and phones. Presumably this is because we are used to beginning counting from 1 rather than starting at 0. So participants began filling in their layouts from 1, usually reserving 0 to the end.

(I wonder how many software developers would today intuitively begin counting from 0.)

This article also noted that the layouts used by the majority of electronic calculators were not intuitively favoured by their participants. So it is not as if those involved in developing the phone layout were unaware of what they were doing.

Origins of the calculator layout 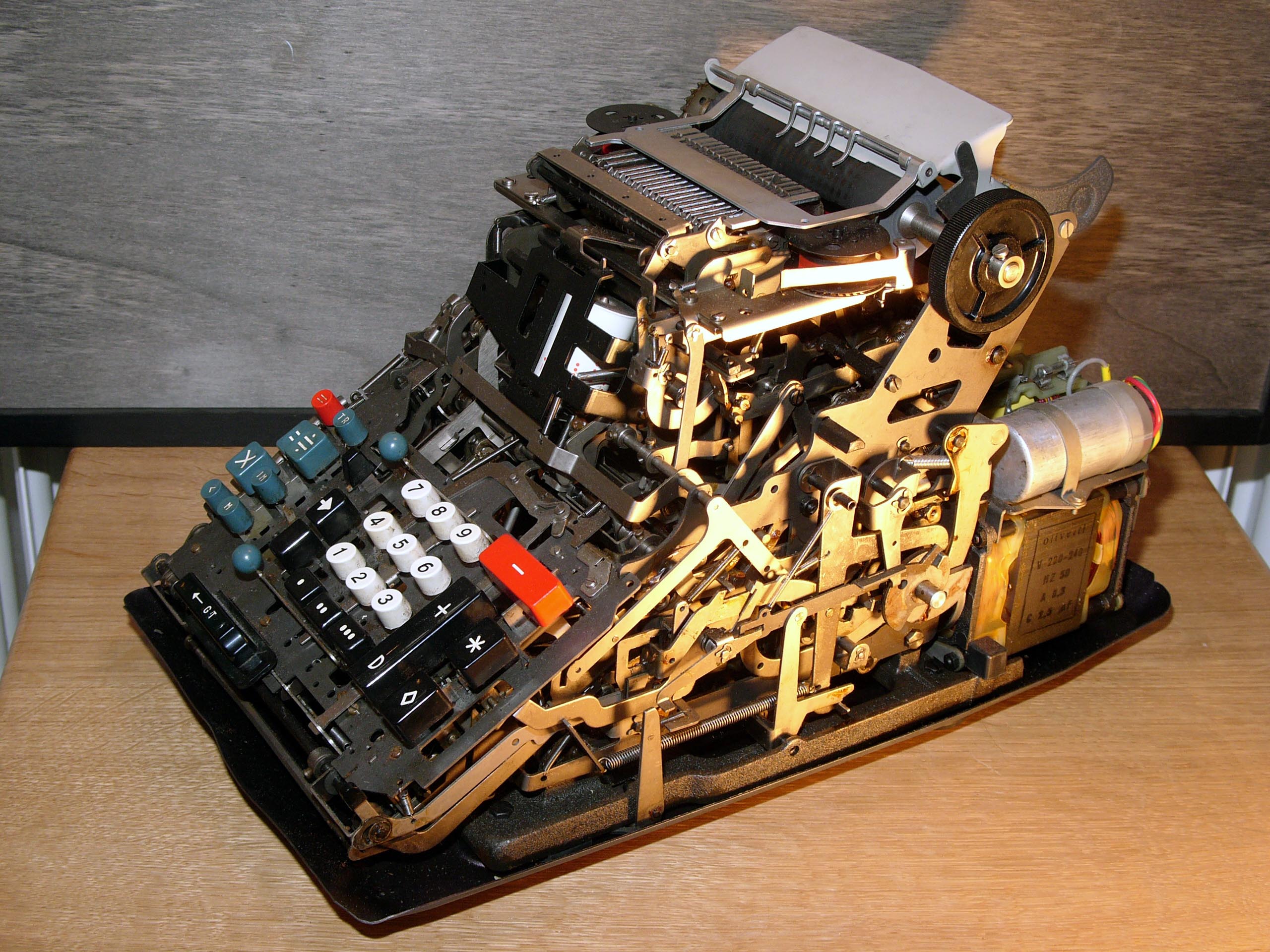 It seems to be harder to pin down exactly how the calculator layout came to be. Some interesting information can be found in the short journal article Engineering: Human Factors by Henry Petroski.

It seems that adding machines had adopted the convention of having numbers ascending from the bottom — though it doesn’t seem clear why. Perhaps mechanical considerations had a part to play. Whatever the reason, electronic calculators naturally followed the same convention.

It’s not just calculators that continue to use this layout to this day. Pin terminals use it, as do computer keyboards’ numeric keypads.

All this despite us not necessarily knowing why. Given the negative findings of Bell’s research, you might expect this to be an undesirable situation.

Economists know this as a path dependence. The choices you make today are necessarily constrained by decisions made in the past.

It’s the same in design. How do you make something usable? Making it as familiar as possible is the path of least resistance. Even when the design is technically suboptimal, if it’s familiar then that may be an acceptable trade-off.

The calculator keypad is not the only example of a suboptimal design that becomes engrained in society. The most obvious example is a similar device — the qwerty keyboard.

It is said that qwerty was designed to slow typists down to prevent the typewriter’s mechanical arms from clattering into each other. But even though that has not been a consideration since typewriters were superseded by electronic typewriters and computers, qwerty endures.

An alternative keyboard layout, Dvorak, has been shown to be faster. It also reduce errors and requires less finger movement. So why wouldn’t people move to Dvorak in their droves?

A related economic concept, network effects, tells us why. Put simply, because everyone else is using qwerty, it is harder for an individual to make the switch to Dvorak. If you needed to use another keyboard, you would almost certainly find yourself having to switch back to qwerty.

The differing designs are not a problem

That’s why I don’t think it’s a ‘problem’ that calculators have a different layout to phones. The calculator layout may be suboptimal, but it emerged slowly over time, we are all familiar with it, and we all use it with very little in the way of problems.

Bell broke the cycle by using the invention of the push-button telephone to kick-start some research into users’ behaviour. In doing so, they established that phones would always have a different layout to the calculators and adding machines that came before it.

Henry Petroski also noted that it doesn’t actually seem to be much of a problem for users.

So, designers: don’t fret about calculators. By ignoring path dependency, you could be causing your users more headaches, even if you think your approach is technically superior.