Header image sourced from Spiral King at Cook’d and Bomb’d. As the hackneyed Now Show wibbles on inevitably through its 45th series, it can be difficult to forget how brilliantly funny radio comedy can be. The biggest laughs are to be found not in today’s Radio 4 output, but by raiding online archives for scraps of 20 year old Radio 1 broadcasts.

When I wrote at the end of last year about my favourite podcasts, I didn’t mention that I make time every week to listen to Chris Morris material.

Spurred on by last year’s repeats of Blue Jam on BBC Radio 4 Extra, I have been exploring what is available of Chris Morris’s earlier radio output.

His work on On the Hour, the Day Today, Brass Eye and Four Lions is well-known and rightly celebrated. But some of his solo radio work is among the best radio I have ever heard. If you know where to look (Cook’d and Bomb’d would be a great place to start), you can find hours upon hours more work, much of which is far funnier than anything you will hear broadcast on radio today.

If you know Chris Morris best from his personas as a variety pompous current affairs programme presenters, or his detached performances in Blue Jam and Jam, it may be surreal to hear the real Chris Morris in the earliest material circulated on the internet. It is odd, for instance, to hear him enthusing quite genuinely about a They Might Be Giants record.

In No Known Cure, originally broadcast on BBC Radio Bristol, the lines are blurred between Chris Morris and his character of Wayne Carr, a cheesy daytime radio DJ (predating Smashie and Nicey). Some of Chris Morris’s real jokes are almost as bad as his parody character’s.

But there are glimpses of the surrealism that would make his name. In one episode he suggests dealing with people reading the back of your newspaper in the train by moistening your side of the paper in a circle, then popping it though: “they don’t like that”.

Then there is the outright disrespect for the records he was playing, a theme that would continue throughout his radio career.

The most overtly archetypal Chris Morris material from these early days is the feedback reports, where he satirised vox pops by posing bizarre questions and extracting surreal answers from the general public. It was the first hint of his disdain for news reporting techniques, and the format later became Speak Your Brains on the Day Today.

On another episode, Chris Morris engineered a three way tie in a phone-in competition. To break the tie, he encouraged the reluctant callers to bash their phones against their heads, with whoever made the loudest noise being declared the winner.

Chris Morris’s time at BBC Radio Bristol was controversial. He pulled off all kinds of stunts, including providing a running commentary over the news. Having tested his bosses’ patience to the limit, he left the station early in 1990. But greater things were inevitably to come.

On moving to Greater London Radio, Chris Morris appeared to relish the bigger stage by becoming even riskier.

On 1 January 1990, he spent an entire glorious hour as Wayne Carr, presenting a completely inept programme in which he consistently referred to the station as GLC. Highlights included a spoof news bulletin in which the newsreader accidentally revealed on air: “I’m still arseholed”.

Most hilariously of all, a phone-in competition left its participants well and truly confused.

In the meantime, Chris Morris’s collaboration with Armando Iannucci and others making On the Hour and the Day Today was seeing him achieve more widespread notoriety. But these programmes were mainly scripted.

Meanwhile Chris Morris’s greatest strength — and what he became most famous for in Brass Eye — was in the highwire act of ensnaring real people into making bizarre comments, and pricking their pomposity. This technique was developed in the Chris Morris Music Show, broadcast on BBC Radio 1 in 1994.

Once again, the bigger stage appeared to embolden Chris Morris to push the boundaries ever further. Such as in this interview with the newsreader Martyn Lewis.

Chris Morris’s chief collaborator on this programme was Peter Baynham. In this clip Morris loses his temper with Baynham, refuses to put Newsbeat on the air at the customary half hour mark, and needs to find an alternative source of news.

Most notoriously of all, Chris Morris satirised the practice of producing obituaries before the subject has actually died. The problem was, he used Michael Heseltine — who had recently had a heart attack — as the example.

The first 15 minutes of this episode featured Morris playing a variety of inappropriate clips, convincing an MP and a pop musician to record obituaries. Interspersed was a soundtrack of appropriate/inappropriate music: Song for Guy by Elton John, Michael by Prefab Sprout, and finally Toni Basil’s Mickey.

What stands out the most about the Chris Morris Music Show is the sheer volume of material. In the course of seven months he produced 25 hours of radio brilliance.

While there were common themes, no two shows were the same in format. The material was eclectic, boundary-bending and almost always downright hilarious.

This was at a time before the internet was in widespread use. There was no iPlayer. There would have been little expectation that this would have gone far beyond the hour each episode was broadcast at. In that context, it is staggering to imagine the amount of effort that must have gone into creating this programme.

But Chris Morris’s best radio work was yet to come.

He took a few years away from radio while he made Brass Eye. That programme was his greatest achievement on TV. But after putting so much energy into creating it, it almost didn’t get broadcast. The BBC rejected the pilot. Only after lengthy delays and many cuts did Channel 4 broadcast it. 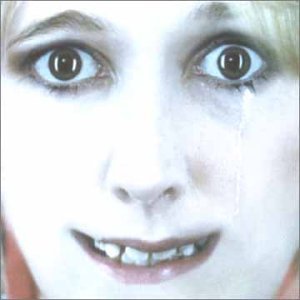 This seems to have sent Chris Morris into a desolate mood which led to the creation of Blue Jam. It was an experimental sketch show that genuinely sounded like nothing else that had ever been broadcast. He is said to have described it as being “like the nightmares you have when you fall asleep listening to the BBC World Service”.

Dark and often exceptionally rude sketches were performed in a detached manner, to a backdrop of ambient and dreamy music. It was broadcast on BBC Radio 1, with next to no publicity, at midnight on a Friday. Imagine tuning in to Radio 1 and hearing this.

Blue Jam was Chris Morris at his most uncompromising. There are few concessions for ease of listening. Indeed, the programme seems designed to make the listener unsettled, with its surreal and slightly nightmarish tone.

The funniest and most shocking moment of episode one came at half past the hour, when Newsbeat began at its usual time. Except, something was very very wrong with it.

Also notable about Blue Jam is the way it uses music very actively to amplify the comedic effect. Chris Morris had done a bit of this in the Chris Morris Music Show, but Blue Jam took it to a completely different level.

Digital editing techniques were becoming more accessible in the mid-1990s, and Chris Morris used the new technology to create a dense sound world. As such, Blue Jam benefits greatly from repeat listening.

One of my favourite sketches to listen to is a surreal monologue featuring an elephant being used to advertise the Eden current account. This is set to a backdrop of Surf’s Up by the Beach Boys. The music is used exquisitely to match the monologue.

I never tire of listening to it. The whole atmosphere of the sketch is perfectly bizarre, and the dialogue contains so many hilarious lines.

Not everything about Blue Jam was a complete departure from Chris Morris’s previous work. In fact, it is full of ideas from previous programmes that were adapted for the unique woozed-out format.

One example is the tenuous analysis of subversive messages found when playing pop records backwards. Previously this was presented in the form of a spoof outrage piece centred around “protecting the kids”. But it was transformed to brilliant effect to fit into the ultra-surreal mould of Blue Jam.

Blue Jam lasted for three series. It spawned a couple of guest slots on another Radio 1 show (Mary Anne Hobbs’s Breezeblock), a one-off stage show, a TV series (Jam), a compilation CD, a musical collaboration with Amon Tobin, and a Bafta-winning short film (My Wrongs #8245–8249 & 117).

Over 15 years on since the last new episode of Blue Jam, Chris Morris hasn’t returned to radio (despite having a collaboration with Richard Ayoade and Noel Fielding in the vaults). Were he to make a comeback, it is difficult to imagine how he could top Blue Jam after so long away.

But what is really disturbing is that it is difficult to imagine anyone today coming close to leaving their mark in the way Chris Morris did in the 1990s. It is difficult also to imagine what broadcaster would give such a person airtime. Can you imagine today’s Radio 1 broadcasting any comedy at all, never mind a programme like Blue Jam?

So many supposed satirists end up making the same old tired and predictable jokes about politicians. Something bad happened to satire during the Bush/Blair era, when it seemed to become enough to just call Blair a poodle and that was you set on your career as a hard-hitting comedian. (Witness 10 O’Clock Live, which should have had so much potential, but ended up becoming a luvvie’s backslapping cavalcade.)

Chris Morris seldom attacked politicians. When he did, it often missed the mark in my view. Instead, he excelled at seeing a bigger picture and exposing media tropes, cliches and hypocrisies.

That is what makes Chris Morris’s work still feel relevant and valuable 20 years on.