🙈 I’d almost forgotten about USF1. Good grief, what a pair of charlatans. It’s hard to believe this was 10 years ago. 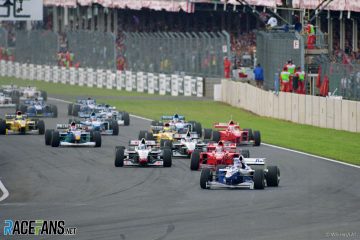 I really enjoyed this look back by veteran F1 journalist Dieter Rencken, who has been covering the sport since 1997.

I was particularly struck by his observations on how the costs of running a team have evolved over that time.

[In 1997] No fewer than seven [engine manufacturers] – Ferrari, Ford, Hart, Mercedes, Mugen, Renault and Yamaha – were represented, with engines then typically costing up to $40m for a season supply. Against that, budgets peaked at around $80m, so engines accounted for 50 per cent of spend.

2018 budgets run to $300m (plus), with engines pegged at around $25m, yet team bosses complain the power units are too expensive… while kicking against budget caps!