In the middle of the 20th century, designers took it upon themselves to create the future. They were the modernists. They made bold moves and broke the traditional rules. In their rush to shape people’s lives, modernists made mistakes along the way. 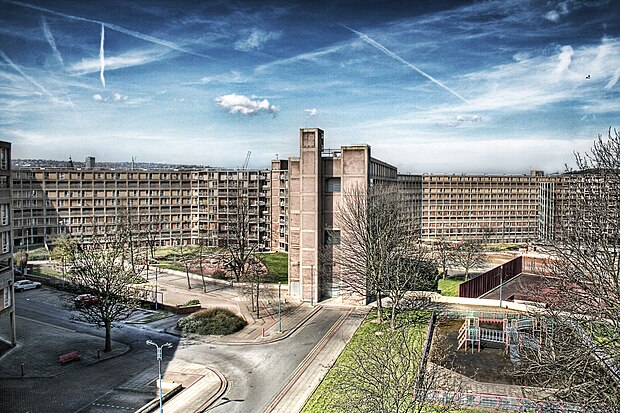 One of the most high-profile examples is brutalist architecture, an imposing style that was widespread in urban developments after the second world war. For many, brutalism utterly failed to stand the test of time. As nature took its toll, the condition of the buildings often deteriorated badly. In these cases, the style became synonymous with misery for those who had to put up with it.

But the image of brutalism is currently undergoing a rehabilitation. I have long found the style fascinating, and many are now coming to admire its boldness and honesty. Architecture lecturer Barnabas Calder says, “There has never been a more remarkable period of architectural achievement.”

Brutalism was designed as the bright new future of architecture. Today it is increasingly admired. But from the mid-1970s until the end of the 20th century, it was widely reviled. As a concept, people find it appealing. But living with it was a very different matter.

How do we reconcile this? Often, clues are found not in the way a building was designed by the architect, but in how the whole service surrounding the building was run.

Here is an example from a 1967 article in the Times about the Elephant and Castle shopping centre. It was Europe’s first ever covered shopping centre. That is now a familiar concept. It is the norm in towns up and down the country.

But despite demonstrating the future of retail, the Elephant and Castle shopping centre gradually gained a reputation as a miserable place to do business.

This article was written just two years after the building opened. But already the scepticism is palpable.

Piece from The Times re Elephant & Castle Shopping Centre in 1967, two years after it opened pic.twitter.com/QQTK3a2gUi

What really stands out to me is the attitude of the centre’s letting manager, Leslie Godfrey. If you were being charitable, you could describe it as a no-nonsense attitude. But it also verges on being misanthropic.

The article hints that the shopping centre’s granite seating is less than comfortable. Mr Godfrey’s explanation: “People won’t sit on them for long. We don’t want to become a rest home.”

In other words, if the seating is uncomfortable, good! If people get tired carrying their shopping through the centre, that is their own tough luck.

It is also noted in the article that one third of the units were still empty two years on from the centre’s opening, and that some of them had become “unofficial pram parks” for the busy parents doing their shopping.

Could there not be a better solution? The letting manager says: “We thought of a room for lost children, and a creche, but we don’t want to become one vast babysitter.”

I suppose it could be considered a small victory that Leslie Godfrey had at least thought of putting a creche in his shopping centre.

The presence of this one phrase — “we don’t want to become that” — twice in quick succession is striking. Soon afterwards he says, “This is a new conception of shopping. You have virtually to re-educate people.” 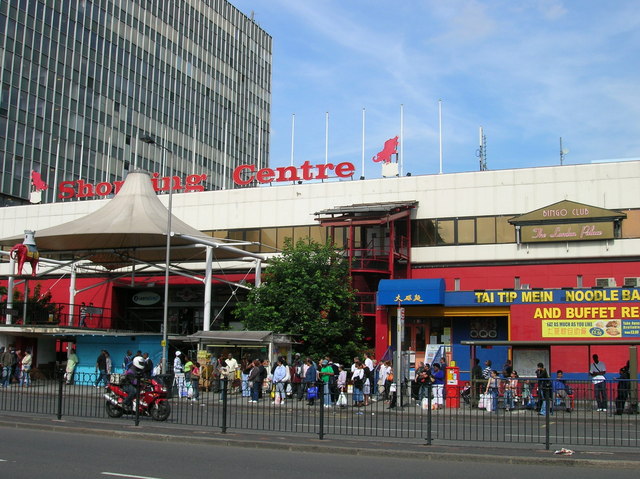 What rapidly emerges is that the Elephant and Castle was a shopping centre that hated its customers. The seats were not for sitting on. Busy parents had to store their children in empty units in lieu of a proper creche. Customers were to simply do their shopping, then go home. And if they didn’t understand that, they just needed to be re-educated.

The management of the Elephant and Castle shopping centre will have felt they had good reasons to make these decisions. The long-term problem with this attitude were clearly not obvious them.

But it was certainly on the mind of the Times article’s author: “is this… really what the working-class shoppers of Southwark want?” In other words, is this a shopping centre at risk of not meeting people’s needs?

The shopping centre’s managers needed to take a wider view of what their customers needed. On paper, they had built a shopping centre, and they thought that supplying the retail space was enough. But people also needed it to be a comfortable and convenient environment.

Why today’s digital designers need to learn this lesson

In this case, the lesson is clear. The designers and managers of 1960s shopping centres (and other buildings) made the mistake of defining their remit too narrowly. As such, they turned the chore of shopping into a truly miserable experience. They forgot that busy parents might need their kids to be looked after. They didn’t think people should want to sit down for a rest.

The same is true for digital design. Many are still not thinking beyond the website or the app. They have too narrow a focus.

Many of those people do indeed produce good websites. But that means nothing unless it is works in the context of the service as a whole. Because people don’t want to use your website. They just want to get their real-life task completed as quickly and easily as possible.

It’s another reminder that user experience is everyone’s job. The Elephant and Castle shopping centre management failed because they weren’t thinking about the customer experience. Don’t be the digital manager that fails for the same reason.