This is the second of two posts about my holiday to Italy.

Read part 1, about my time in Rome. 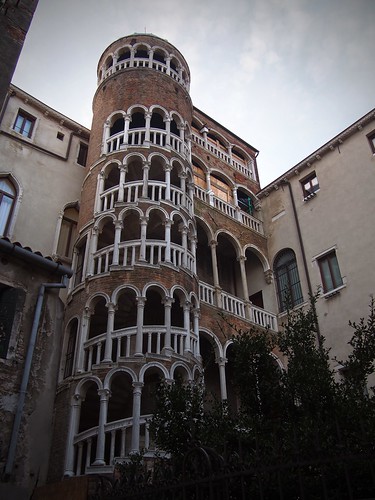 Setting off from Rome early in the morning, we took a speedy train to Venice. The journey took just four hours and went off without a hitch. From Venice train station we took a vaporetto through the Grand Canal to the other end of Venice where we were staying.

The ride through the Grand Canal was pretty amazing. I am told I was agog as we sped through the most unique city I have ever visited.

You don’t need me to tell you what’s special about Venice. Yes, parts of it are rather tourist trappy. But it’s easy to see why people are drawn towards the place.

I was expecting Venice to be busy, and indeed it was. Apparently the thing to do is to visit in January, when there are less tourists. However I am not sure if that advice holds true for the first few days after new year, which is when we were there.

But although it was very busy during the day, Venice was extremely quiet early and late in the day. Venice gets a lot of daytrippers, meaning that it’s truly at its busiest in the middle of the day. We certainly noticed a marked difference between 9am and 12 noon. After dark, some quite central parts of Venice were totally deserted. 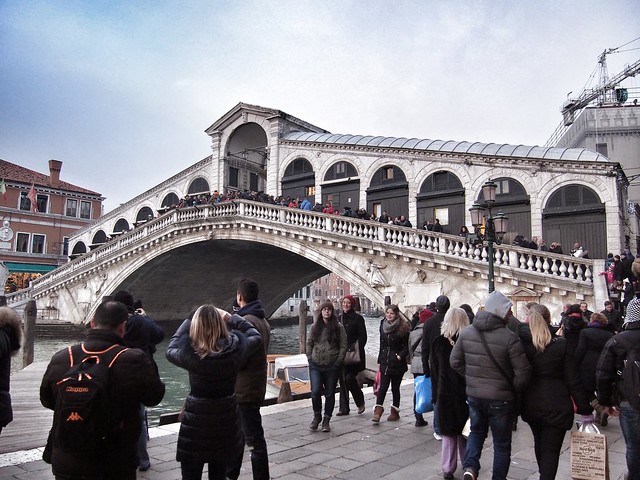 Like Rome, what was most impressive about Venice was the scale of the architectural achievement, from across a vast range of time. Venice is one of those places where there would be complete outcry if any changes were proposed. But changes from the past are visible. It is fascinating to think about the evolution of Venice.

Our host pointed out a spot where there used to be a canal and now there isn’t. It’s part of the natural evolution of a city, but it would be a scandal if such a thing were to happen today. 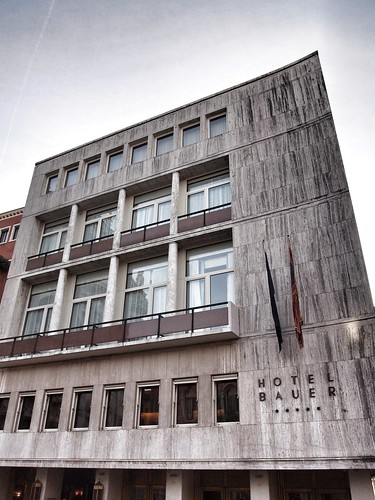 It is also possible to find the odd modern building here or there.

We were excellently hosted by Alex’s godmother and her husband (for which we couldn’t possibly thank them enough). They are very knowledgeable about Venice, so we were effectively shown round by locals.

Venice isn’t just about looking at all the pretty buildings though. One of my highlights was visiting the Peggy Guggenheim Collection, which contains some fantastic modern art. I’d say it is a must-see attraction. 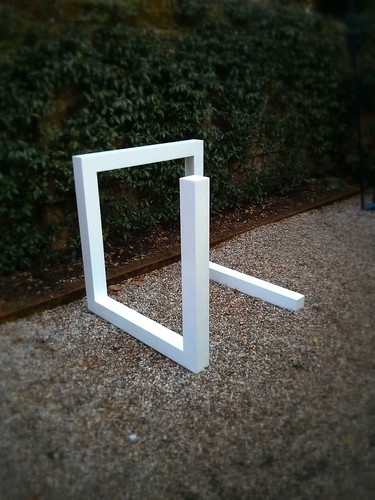 But the best thing of all about Venice was the food. Our hosts were kind enough to take us to some fantastic restaurants, and recommend some others.

This makes eating seafood a nervy experience. So when you’re in a place like Venice, built on water, what do you eat?

There is lots of tempting seafood on offer in Venice. With caution, I ordered it. With suspicion, I prodded it. With delight, I tasted it. 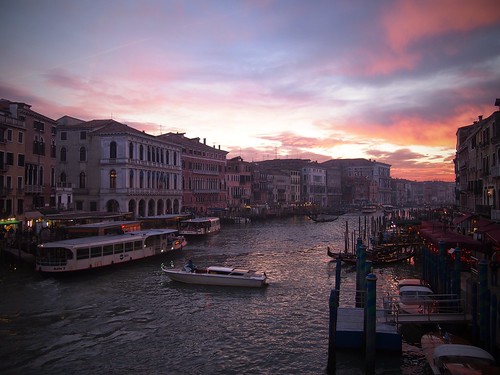 The best eating experience was at Il Ridotto. They were able to accommodate my concerns in their Menù di Terra e di Mare — five dishes from the land and the sea. Crustaceans were removed, and I took a risk on squid with no ill effects. The food and service at Il Ridotto were superb.

The waiters were real showmen, as entertaining as they were attentive. Our waiter shook our hands for ordering local dishes. Alex had inky squid, which looked most intriguing, even though I felt a bit iffy about the prospect of seafood.

I had liver, which I’m not actually sure I’d ever had before. It tasted very greasy and fatty and I doubt I would go for it again. But you’ve got to have local food when you’re travelling, right? 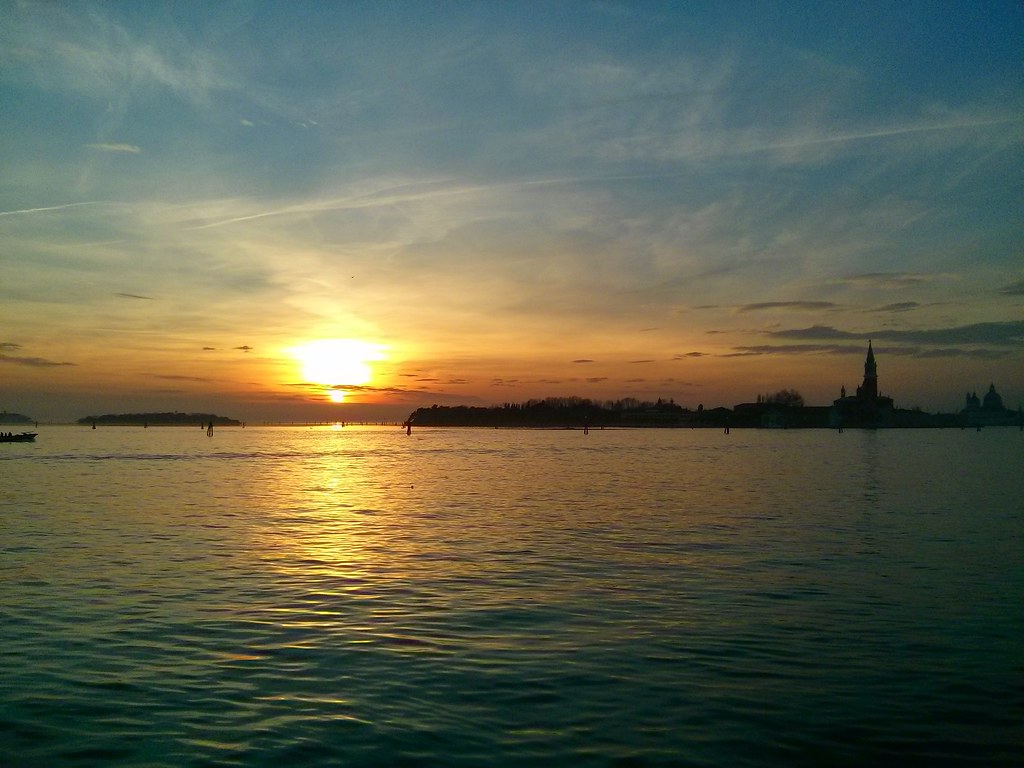 On our last evening in Venice we were treated to the most spectacular sunset.

The next day we took the boat to the airport — which was definitely a first for me — and our Italian adventure came to an end.

View my full set of photos from Italy →
Comment