People often complain that Formula 1 drivers are boring PR machines, stifled by their press officers, incapable of saying or doing anything interesting.

I have come to realise that this couldn’t be further from the truth. The sport is in fact filled with colourful characters.

I understood this after introducing my partner Alex to F1 over the past four years. I discovered that it was actually very easy to get her interested. Almost immediately she latched on to her favourite drivers — and some drivers she really doesn’t like!

Yes, there have been times when I have had to apologise for making us both sit through some dull races. Yet, she now follows the sport almost as avidly as I do.

Among her favourites is Daniel Ricciardo, the hilarious and engaging Australian whose killer on-track instinct has earnt him the nickname ‘honey badger’. He famously celebrates his race wins by drinking the victory champagne out of his sweaty shoe.

The sport’s champions all bring their own distinctive flavour to F1.

Fernando Alonso may not be at the sharp end of the grid as he should be. But his in-race radio messages have become legendary for the cutting sarcasm about his own car’s capabilities. The image of him sitting on a deckchair to spectate after his car broke down is among the most memorable in F1.

Whether you love Lewis Hamilton or hate him, the fact that you either love him or hate him demonstrates that he is a character.

Kimi Räikkönen — well, it goes without saying. Survey after survey have demonstrated how his unique approach to racing and life have made him immensely popular with fans. You could have a whole conversation just using famous things he has said over team radio. 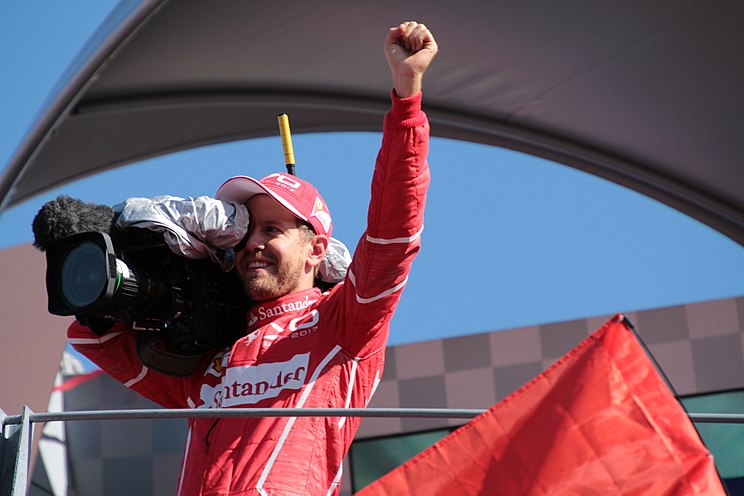 As for Sebastian Vettel, he is the cheeky chappy with a penchant for British comedy who became one of the era’s most ruthless — and successful — drivers. When things aren’t going his way, he can let it get to him. Such as the moment he told FIA race director Charlie Whiting to go forth and multiply.

After the race, the new young gun Max Verstappen gave Sebastian Vettel some lessons in manners, saying, “I don’t know how many times he is using very bad language in general, I think he has to go back to school or something to get some language.”

You’ve got to love a kid trolling a four time world champion like this.

Further down the grid, we have the Force India team mates Sergio Pérez and Esteban Ocon knocking seven bells out of each other whenever the chance arises.

Over the years F1 drivers have offered their words of wisdom, to go down in the annals of history.

Ayrton Senna said, “If you no longer go for a gap that exists, you are no longer a racing driver.”

Formula 1 is the soap opera that is occasionally interrupted by racing. It might be fashionable to complain about boring drivers. But that couldn’t be further from the truth. F1 drivers have always been characters. That is as much the case today as it always has been.