It’s funny how eventful a month in Formula 1 can be, even in the depths of the off-season in early January.

Just one month ago, we knew very little about who would enter the 2021 season. It’s not really known whether any teams have even signed up to participate in F1. We can only infer this from other contract announcements.

So Honda will supply Red Bull and Alpha Tauri. Sergio Pérez will drive for Racing Point. Esteban Ocon will drive for Renault. PowerPoint George will be with Williams. And Charles Leclerc will drive for Ferrari. That’s what we knew just before Christmas.

Then Ferrari announced that Leclerc would race for Ferrari through to 2024. That is a stunning statement of intent. Charles Leclerc is the future of Ferrari.

At this stage I was less concerned about what this meant for Sebastian Vettel, and more intrigued about what it meant for Max Verstappen and Lewis Hamilton, the main drivers of the other two main teams.

Then Verstappen signed with Red Bull Racing through to the end of 2023.

So of the three main teams, two of them have drivers fully committed for the next four to five seasons. It is highly unusual these days to see driver contracts this long. This is a measure of the amount of trust these teams have in their chosen drivers.

So what about Lewis Hamilton and Mercedes? Before those other driver announcements, I wouldn’t have been too concerned. But now the silence is deafening.

There’s one more contract that I haven’t mentioned yet. Mercedes will supply power units to McLaren. That’s important. Because little is known about the future of Mercedes’ own F1 team.

There is a strong chance that Mercedes will decide to exit F1 as a full works team. For one, 2021 will see a big rules shake-up — the strongest chance for Mercedes to lose the dominant position they have enjoyed during the hybrid era. In that sense, they have little to gain by sticking around, and everything to lose.

Toto Wolff has already stated that it is not guaranteed that Mercedes will remain in F1. It is no secret that Daimler’s board is currently weighing up the options. A board member, Britta Seeger, was chosen to represent the team on the podium at the last race, in Abu Dhabi.

Toto Wolff’s boss, Ola Källenius, has only been in post since May. He knows his motorsport. But he headed up Mercedes’ engine department when they did not have a works team, so understands that Mercedes don’t need their own team to make an impact. He will have his own views about the direction to take.

Toto Wolff and Ola Källenius are said not to get on well. Rumours abound that Toto Wolff is eyeing up a role with F1 itself.

So what does this mean for Lewis Hamilton? At the end of 2019, the possibility of Hamilton moving to Ferrari became a talking point. Charles Leclerc’s long-term contract extention makes that prospect much less likely. Similarly, Verstappen’s commitment with Red Bull Racing seems to close the door on that possibility.

So, if Mercedes were to pull out of F1, what next for Hamilton?

I hypothesise that the next-best option would be for Hamilton to return to the team that brought him to F1 in the first place — McLaren.

It may seem like an unlikely — not to say undersirable — move at the moment. But then again, moving from McLaren to Mercedes seemed undesirable in 2012. Yet Hamilton did it, and it was a masterstroke career move.

Moving to McLaren would bring several advantages for Hamilton.

Firstly, McLaren are the best of the rest. Yes, they have reached some very low points over the past 15 years. But having hit the nadir in 2018, they have turned themselves around impressively quickly. Who would have thought they would so comprehensively outperform the works Renault team this season? McLaren is on the upswing. It’s in good shape.

Then, if Mercedes do pull of out F1 as a works team, they have still committed to supplying McLaren with power units. That would mean McLaren would almost certainly become the de facto factory-backed Mercedes team.

That would be important for Hamilton, who likes to make much of the fact that he has raced with Mercedes engines for his entire career. As Adam Hay-Nicholls pointed out in Metro last month, if he can maintain that record, he is set to become a Mercedes ambassador for life. That is a very lucrative proposition. Why would he risk it by ending his career with another team?

Also, returning to McLaren would simply be a great story. This wouldn’t be a deal clincher. But if everything else is right, Hamilton is PR-savvy enough to want this to work. 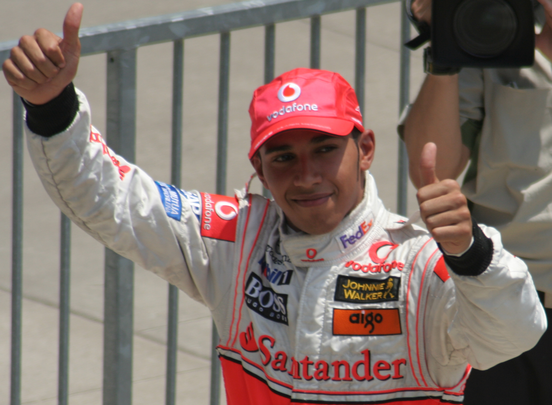 McLaren can take some credit for helping develop Hamilton, who is arguably the greatest driver of all time. He was part of McLaren’s driver development programme for nine years before he was placed in their F1 seat at the young age of 22.

This is Hamilton’s opportunity to return the favour that McLaren gave him at the start of his career.

How brilliant it would be if Hamilton returned to the team that gave him so much in his youth, and helped them return to winning ways.